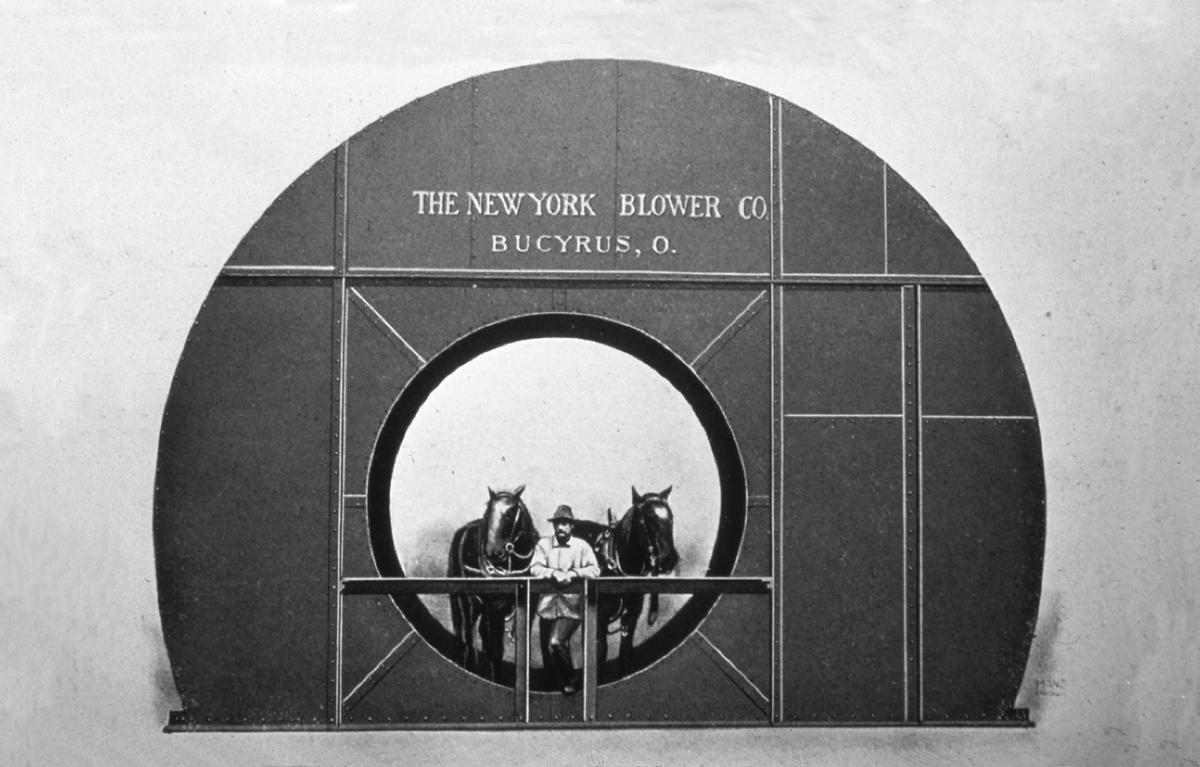 Manufacturing premium-quality, engineered fans and custom blowers has allowed NYB to become a world leader in the industrial and OEM marketplace. NYB is able to engineer individual, flexible, customized solutions that meet the specific requirements for unique applications. Our heavy industrial product line and consistent axial development has helped us to expand to markets such as boilers, locomotive, nuclear and mining. Our extensive investment in technology and people allows us to process repair, upgrades and rebuilds of any of our competitors' equipment.

The New York Blower Company carries one of the most complete product lines in the air- movement industry. From axial fans to centrifugal fans, rebuild or replacement jobs, we are constantly adding to our product portfolio and increasing our capabilities. Our extensive operations include over 490,000 ft2 of manufacturing space in the United States, and over 200,000 ft2 internationally. We also own the largest indoor AMCA accredited laboratory in North America.

NYB products are distributed through an extensive worldwide network of over 300 experienced and knowledgeable representatives. We have 5 manufacturing facilities in the United States, and 6 manufacturing facilities in Australia, China, Malaysia, Singapore, Taiwan and New Zealand. Our sales representatives are in 15 countries around the world, and we are constantly adding to our network.

Today, nyb is a dynamic, modern company that fosters a forward-thinking attitude and always looks to the future.

Aerotech was acquired to expand international manufacturing. Located in Melbourne Australia, Aerotech fabricates both centrifugal and axial industrial fans. Serving a variety of industries including but not limited to cement, pulp and paper, chemical, pharmaceutical, oven and burner, oil gas, and pollution control, they have expertise in aerodynamics, rotor dynamics, acoustics, stress analysis and vibration analysis.

HDA Fans, Inc. originally began as Aerotech, a fan manufacturer with facilities in St. Charles and Joliet, Illinois. They mostly manufactured axial high temperature plug fans and wheel balancing units. In the early 1990's, the company's focus shifted, mostly producing fans for RTO (Regenerative Thermal Oxidizer) and high temperature applications. These fans were commonly used in the glass industry and in other applications where customized fans were the only solution.

While HDA Fans, Inc. is no longer operational, nyb has all of HDA's order acknowledgements and drawings and is still able to provide service to these fans and build replacement units or parts. By using drawings from old orders, and other methods of engineering analysis, nyb can decide to replace, repair, or retrofit HDA fans.

J.P. America is acquired by nyb in 2014 and incorporated into the nyb product line in 2015. They are a global manufacturer of silencers, dampers, flexible connectors, rainhoods and sound enclosurers. This allows expedited service of these products to nyb's customers.

In 2012, nyb partnered with its longstanding licensee in Singapore, Air Trade Systems, LTD, a manufacturer of heavy duty fans focusing on the marine industries.

MAS Air further expanded the nyb product offering, specializing in high temperature fan applications and mechanical draft fans for heavy process industrial applications. In 2017, they were incorporated into nyb, and in 2018 the newest facility focusing on custom products was opening in New Castle. It is now the fourth nyb production facility located in the United States.

Barron Industries, a company strong in the service side of the fan industry, is acquired. Its products included fans, dust collectors, dampers, air locks, and their installation.

CECO was purchased in 1972 to build gas make up air units. Due to high prices for natural gas in 1975 business declined and CECO was later sold in 1984.

The Mathis Brothers is renamed Mechanovent Corporation, a subsidiary originally used to sell unit ventilators mainly to schools. They were incorporated into nyb in 2017, with a focus on manufacturing quality air-handling equipment for select OEM markets and customers.

nyb expanded their laboratory air and sound testing capabilities by building a new, state of the art facility. The new facility has six airflow test chambers of various flow and pressure capabilities and two reverberant sound rooms. The laboratory brochure has a complete overview.

nyb opens the Leitchfield plant, running in addition to the La Porte and Effingham facility. The plant will help to better serve customers in the Southeast and allow nyb to be more competitive and responsive in the global marketplace.

nyb purchases and opens a manufacturing facility in Effingham, IL. The first production facility outside of La Porte, Indiana since 1918.

Plant 3 is constructed to aid in the manufacturing of larger blowers in LaPorte, Indiana.

Monitoring devices enable fans for machine to machine communications (M2M) and/or to collect data to be used for operational monitoring, maintenance planning, and failure analysis. nyb will continue to expand it's offering of industrial internet of things (IIoT) fan sensor systems.

Vaneaxial Adjustable Pitch Fans are expanded to larger sizes, in 66, 72, and 84" diameters.

Vaneaxial Fixed Pitch Fans are now available with new easy access design, making maintenance easier by allowing direct access to the shaft, bearings and v-belt drive. Clamshell construction ultilizes a single or double door (depending on size) to easily remove the wheel without removing the fan from the ducted system. Swingout construction permits the entire rotating assembly (wheel, shaft, bearing and drive) to swing out of the fan housing when the access door is open.

Vaneaxial Adjustable Pitch Fans are available with new hub ratios of 0.45 and 0.54. The new hub ratios are intended for applications requiring higher flows and lower pressures than the current 0.60 hub radio design. They are available in half solidity for additional performance flexibility.

Vaneaxial Adjustable Pitch Reduced Solidity Fans utilize a half solidity wheel (the number of blades is reduced from 12 to 6) to enhance the VXAP's flexibility, making it easier to select the correct fan for your specific application requirements.

Surge Limiting Pressure Blowers help nyb to continue to better serve the heavy duty industry a unique wheel and housing design that minimizes surge without the need for auxiliary equipment or accessories.

nyb has implemented a new Limited No Fault Warranty for 20 HP and lower motors, purchased and supplied by nyb. This policy covers all claims excluding gross negligence or physical damage to the motor not as a direct result of a manufacturing defect. For more information, please contact your local sales representative.

nyb announces the release of the Open Style Pressure Blower Steel Wheel. They are ideal for efficiently handling material that might otherwise get caught up on a shrouded wheel.

nyb celebrates the 125th Anniversary of the company.

nyb announces the release of the Backward Curved (BC) Pressure Blower. This addition makes NYB's pressure blower line the most complete on the market today.

A new Plenum fan line is introduced, with many new features. The FA/EZ Plenum fans unhoused, compact configuration combined with the choice of four airfoil wheel designs provides the utmost in quiet and efficient operation.

nyb and Mechanovent add a line of Square Fans to the portfolio, further enhancing the position of the company in the air-movement industry.

The first line of fiberglass fans is launched.

nyb introduces its line of Pressure Blowers. They are NYB's most successful product ever.

The Type HP Pressure Blower is designed for pressures to 85" WG, flows to 10,000 CFM, and temperatures to 600°F. The Acoustafoil airfoil blower wheel is also introduced to the market.